There are many ways to do automation scheduling – whether its Jenkins or even Windows Task Scheduler. Each toolset has its place or specialization today we are looking at the son of Ironman Software’s PowerShell Universal Automation platform – the Desktop Edition!

“Desktop edition comes packaged as an Electron app that provides all the great automation features of UA without role-based access, remote access or authentication.”

You can use Universal Automation Desktop for free as a trial:

We are going to be using the Trial here – however, per-user pricing can be found at the following link: Universal Automation

The toolset is quite intuitive a lot of below isn’t worth going into how do use it - as it seems to be easy to pick up but its always pleasant to have it documented and referable! In my example below, we are going to create a Resource Group in Azure.

Universal Automation supports git, so a Repository folder is created automatically – any scripts that you add will automatically be added to it:

Note: Location is a variable in my script, I also tested manually setting the name of the Resource Group as well with the Name value as well and worked well. 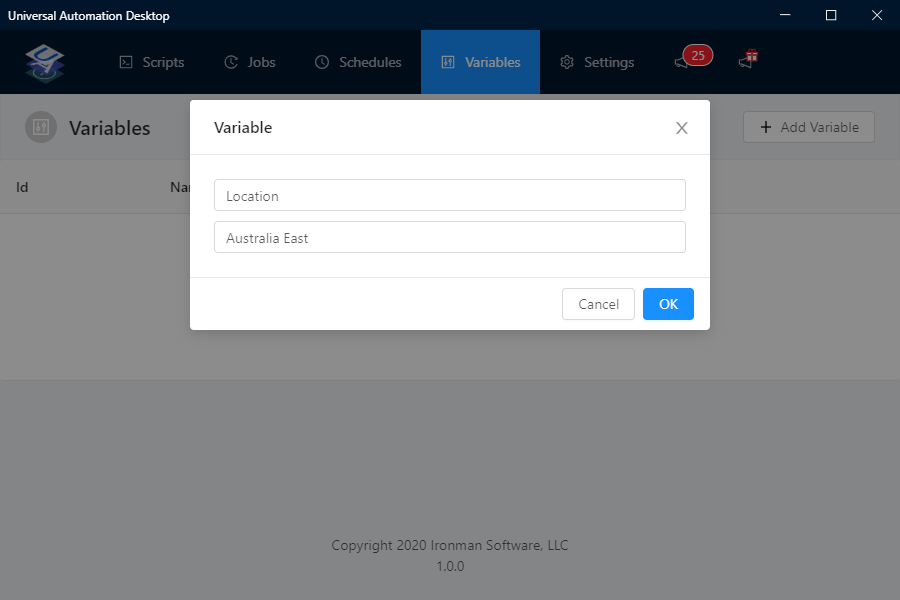 Note: The Variables are not encrypted! They are in plain text under:

I did have a few issues with the UI freezing on me, so also discovered that I can manually add variables to this file and after a restart, it seemed to be picked up by Universal Automation as well.

This is an interesting feature, that allows you to specify what Version of PowerShell you can have the scripts run under (in this example I will be adding PowerShell 7 preview). We do not need this for my example.

Note: If you do not see the below, you may need to update – Automation Desktop will update automatically and should notify you – close and restart Automation Desktop to continue (if you get an error message – navigate to your notification tray by the time and Quit any open Universal Automation Desktop applications you have open and then relaunch).

Now when you run your scripts, you can now specify what Version of PowerShell to use!

Now that the variables have been set up and the script has been added, we can then Run it.

Although at this stage, I am not scheduling any of my scripts to run – it is a core function of the toolset.

You should now see the Schedule under Schedules and view the Job history under Jobs.

Long story short - Universal Automation has a place and is a toolset I will be looking at more closely and using!

I see myself using it to utilize PowerShell and automation a bit more in completion of general day to day activities (both personal and professional) and service requests - without having to worry about moving to the next step with a bigger toolset.

If I use a script often enough – then there will be a definite need to move to another team based toolset with RBAC tools such as the Universal Automation offering by Adam Driscoll of Ironman Software.

Word of warning – and it should go without saying :

DO NOT RUN UNIVERSAL AUTOMATION DESKTOP ON YOUR DOMAIN COMPUTER FOR PRODUCTION OR SHARED SCRIPTS! PLEASE LOOK AT UNIVERSAL AUTOMATION FOR THAT! YOU DON’T WANT TO GO HOME OR SHUTOFF YOUR PC OR LEAVE FOR BETTER AND BRIGHTER THINGS AND GET CALLED UP BECAUSE SOME VERY IMPORTANT PROCESS DIDN’T RUN!

I created this function to quickly test 2 things:

My script is using 2 modules:

I thought CredentialManager would be a good test here as Universal Automation is intended to be run from your Desktop (in my case Windows 10) and using Credential Manager to store my Azure SPN details – without revealing it in plan text was a good test. More information can be found below: 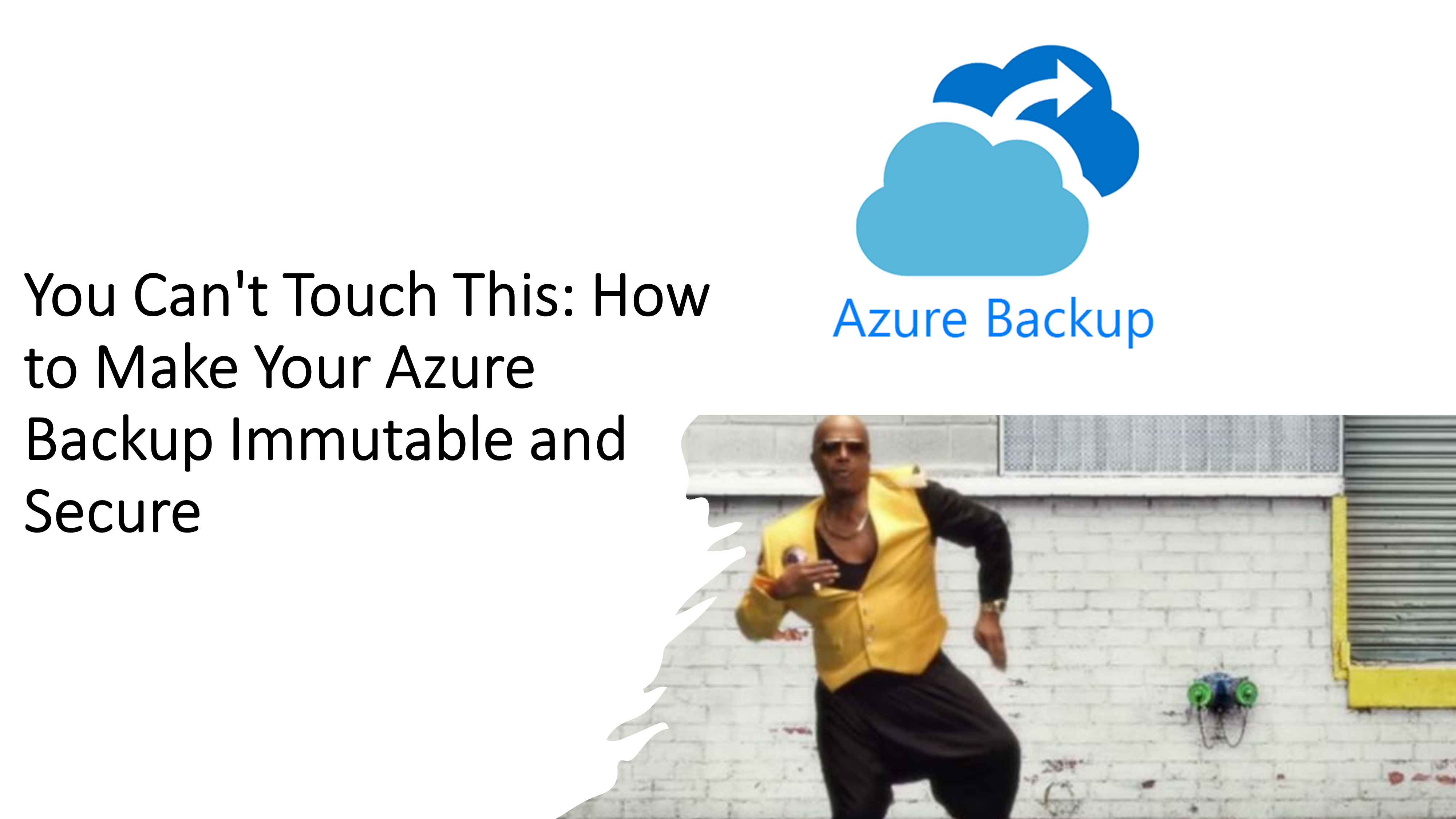 You Can’t Touch This: How to Make Your Azure Backup Immutable and Secure

With immutable vaults, Azure Backup ensures that recovery points that are once created cannot be deleted before their intended expiry time. Azure Backup does...

Have you ever wanted to export an icon from the Microsoft Azure Portal but found yourself having to screenshot the icon at a low definition to include in you... 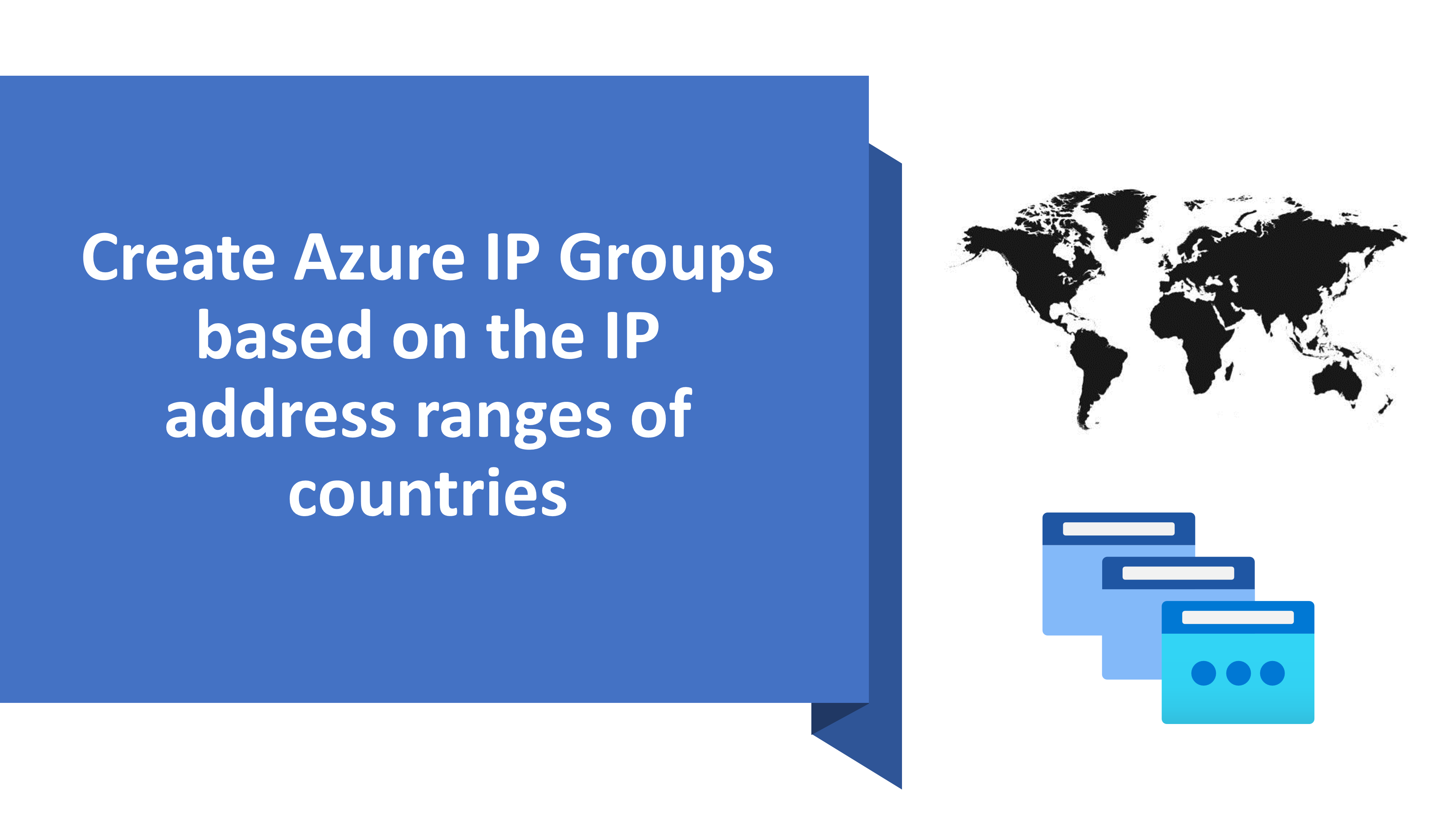 An IP Group in Microsoft Azure is a logical container of IP address ranges for private and public addresses. 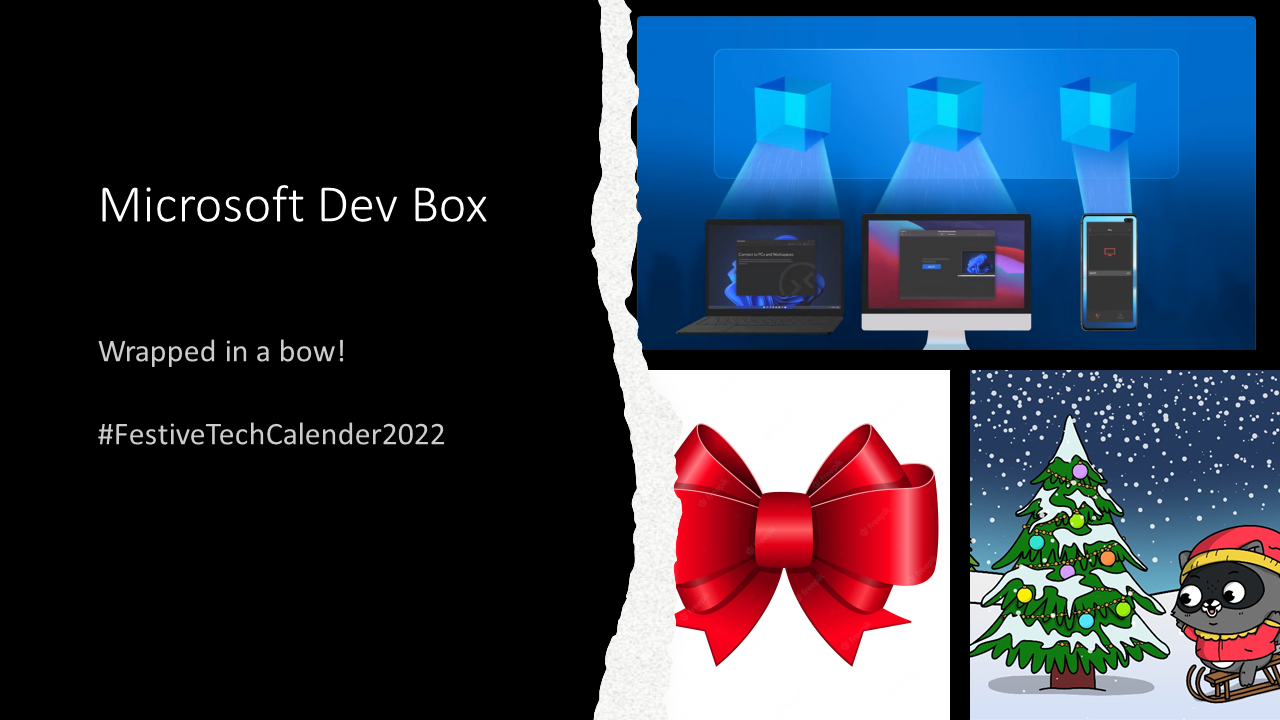